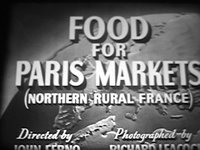 Originally distributed as one of the first films in United World Films' ethnology series, "The Earth and its Peoples" (produced from 1948-1957), "Food for Paris Markets" provides a fascinating glimpse of rural life in post-war northern France, driven by the economic needs of one of the world's greatest cities, Paris. 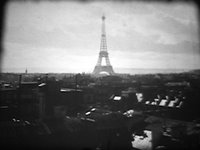 Subscribe to the Mr. Projector! podcast through iTunes by clicking the iTunes button on the side bar (on the left). To download "À Votre Santé": Food for Paris Markets, Part 1" directly from this blog, Right-click Here (ctrl + click on a Mac), select "Save Target As," then choose a location on your hard drive to save the episode.