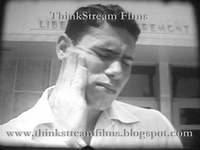 Bid on the complete, original 16mm print on eBay through 11/9/2006!
This film is simply the ultimate in hygiene films from the 50’s! See what happens when seventeen-year-old Dave neglects his teeth for two years! His dentist discovers bits of chocolate and breakfast in his rotting teeth! At least David goes to the dentist in time to not end up like his toothless friend, Jimmy! Yikes! What a grin! This film was produced in conjunction with the American Dental Association, and is one of several dental hygiene films we have seen from Coronet that makes no mention whatsoever of dental floss! We end up with the dentist instructing Dave to not “crack nuts” with his teeth, then afterwards see Dave mowing the yard half naked! Very, very interesting!We here at ThinkStream Films are very curious to know what has happened to Dave since starring in this film. We highly suspect he moved quickly into the porn industry circa 1976, retiring to the American Midwest some ten years later. Mr. Projector thinks he may have even caught a glimpse of him around ten years ago pumping iron at the gym – still looking right swell too, if Mr. Projector has anything to say about it (as he so often does)! 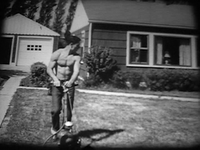 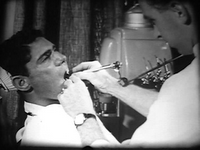 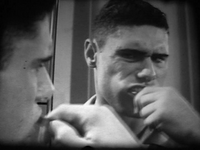 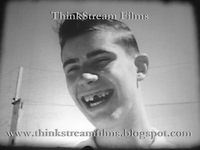 Note: The following clip has been edited to under half the film's original length.

Comments:
That does it!!! I am making an appointment with the dentist right now!!! Ouch!