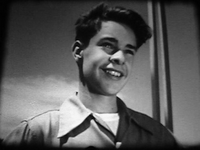 Bid on the complete, original 16mm print on eBay through 11/10/2006!
This wonderful little Coronet film begins looking an awful lot like an early sex education flick with its bucolic, spring-time nature photography and lush, over-the-top romantic scoring that underlines our lead (who we here at ThinkStream Films will simply refer to as “Nature Boy.”) “Changes,” the narrator blissfully pipes, “are everywhere around you….” Just at the moment when we really want to dust off the old vinyl and scratch out some David Bowie, we realize that we are not watching a film about pubescent change, but rather one about physical, chemical, and other types of changes in matter! What the…? Film contains some funky text animation, lots of cool laboratory experiments with test tubes, etc., and what has to be the cutest boy ever captured on educational film stock!

Of special note is the forgoing of the traditional Coronet title card for a super-cool superimposed job. The contradictory feeling we get from this film is akin to reading a maudlin greeting card inked with the sappiest of contrivances while standing in a sex shop in West Village. We think you’ll like this one. 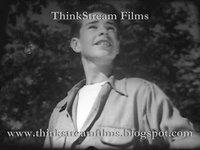 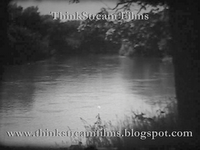 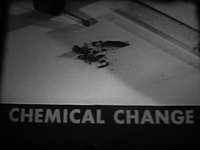 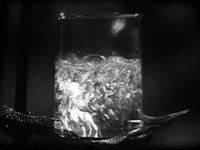 Note: The following clip was taken directly from the original 16mm print and has been edited (with blissful glee - is that a redundancy? - and a remixed soundtrack) to a fraction of the film's original length.

Comments:
The remix was perfect with the footage. Very humorous. - Robin

Thanks! It reminds me of the Dark-Side-of-the-Moon/Wizard-of-Oz synchronicity. Only mine was manufactured (as nothing can ever be as perfect as that!)