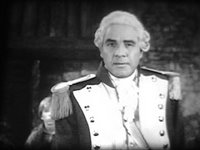 Bid on the complete, original 16mm print on eBay through 11/2/2006!
Roy Kellino (the director of Charade) directed this episode of what we here at ThinkStream guess must have been the Herald Playhouse television series (using what looks like an HP at the end upon which to base our decision). This hysterical – er – historical dramatization features serious over-the-top writing by Robert Hardy Andrews (writer of the worst Boris Karloff tv episodes in the sixties, Tarzan Goes to India, and I Married a Communist, among others), and stars Onslow Stevens (Brig. Gen. Robert O'Brien in the sci-fi classic Them!, Dr. Edelman in House of Dracula, and of Mark of the Gorilla, and Who Killed Aunt Maggie fame) as George Washington!
This film was simply begging to be chopped up and rearranged, so we stepped in to do a little redecorating. Well, actually, we removed a few walls and patched the foundation in the process. This final, much-condensed version of the film highlights Andrews’ ridiculously flagrant writing, and Stevens’ near drunken performance of George Washington! This film is a must-see! 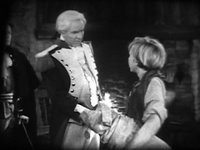 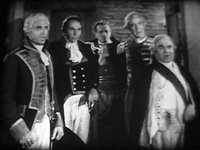 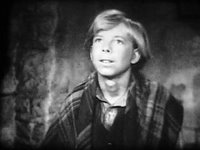 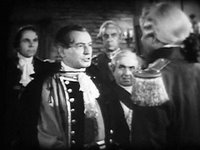 Note: The following clip was taken directly from the original 16mm print and has been edited to under half the film's original length, with lots of re-arranging for the heck of it (because that’s what we like to do here at ThinkStream Films when we get board!)