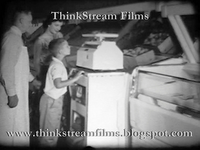 Bid on the complete, original 16mm print on eBay through 11/6/2006!
This film answers the universal riddle (“riddle” being a Coronet word), “which weighs more? A pound of cotton or a pound of iron?” We here at ThinkStream films only wish Shakespeare could have been on hand to answer, “Neither, of course, weighs so heavy as a pound of flesh!” But alas – this is Coronet-land where absolutely nothing makes sense – ever.

So basically, Tommy and his little friend Steve start prematurely obsessing about their weight. Oh – and a lot more of that highly confusing Coronet math that we simply can not get.
Lots of cool footage here, including a butcher weighing meat at an old grocery store and some very cool scales. 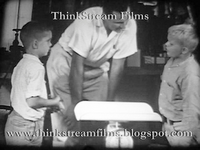 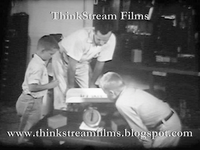 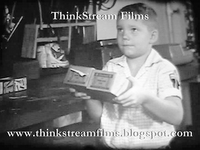 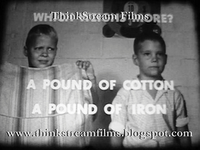 Note: The following clip was taken directly from the original 16mm print and has been edited to a fraction of the film's original length.