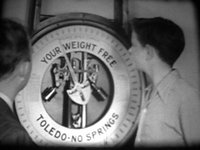 Bid on the complete, original 16mm print on eBay through 11/6/2006!
ThinkStream films simply thinks this film is just wrong on multiple dimensions. First off, there’s this older dude who seems to have a highly suspect relationship with little boy Bob. He justifies it by saying that he knows Bob because he’s an engineer and works in the same plant as his dad….” Hmmm… Well, anyway, he takes him to the “plant;” however, the “plant” old dude takes Bob to looks suspiciously like a house. Actually, it is a house. In no known universe is this place a “plant!” And of course, he just happens to have a rather large, framed portrait of Sir Issac Newton hanging on the wall! After getting over the initial shock, we here at ThinkStream films (especially Mr. Projector) think the folks at Coronet were having a bit of fun with this one, so we decided to have a bit of fun with it on the editing table. Enjoy! 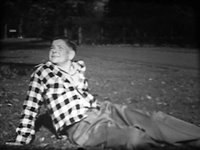 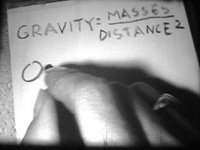 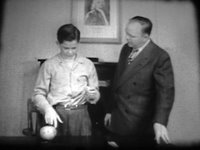 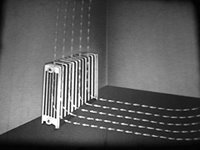 Note: The following clip was taken directly from the original 16mm print and has been edited (with love and fun) to a fraction of the film's original length.