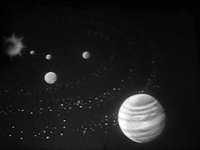 Bid on the complete, original 16mm print on eBay through 10/28/2006!
This was one of Coronet’s several forays into outer space. Making great use of animation and illustrations, we learn just about everything we could have in the 1950s about stars – constellations, novas, super-novas, light years, nebulas, etc.. If you were around when this film was being shown widely in schools and later developed an interest in astronomy, this was the film that got you hooked!
Of special note is the substitution of the standard Coronet opening and end title music for a custom job, more befitting the semi-scary sci-fi movie music of the time! All that’s missing is the Theremin! 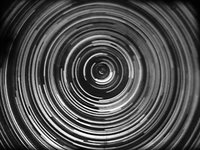 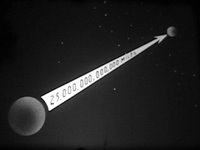 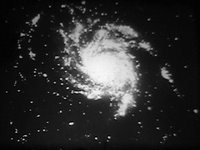 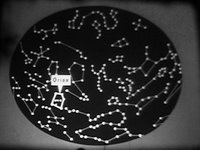 Note: The following clip was taken directly from the original 16mm print and has been edited to under half the film's original length.